JWS supported the power procurement process that awarded US firm Solar Reserve with the contract to build a $650m 150 MW concentrated solar thermal power plant North of Port Augusta. The solar thermal plant will be the largest of its kind in the world when completed.

JWS energy & resources partners Peter Rose and Amanda Seaton led the team, with assistance from special counsel Man Loi and other members of the JWS transactional and advisory team.

Commercial law firm Johnson Winter & Slattery has worked with key agencies of the South Australia government on a number of elements of the state’s $520m energy plan.

The firm collaborated with the SA Crown Solicitor’s Office, under the leadership of Chief Commercial Counsel Chris Gray and the SA Department of Premier and Cabinet to implement key aspects of the initiative, including: 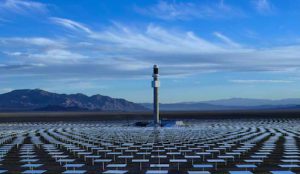 JWS Partners Jee-Seon Lee (Energy & Resources/Projects) and John Keeves (Head of Transactional and Advisory) led the legal team in advising a 100 MW / 129 MW-hour battery energy storage system  awarded to French renewables company Neoen and US energy company Tesla. The system will be built near Jamestown, in the Mid-North of South Australia.

They were assisted by partners Anthony Groom, Stephen Byrne and Craig Wappett, Special Counsel Andrew Wilton and other members of the JWS transactional and advisory team.

According to JWS there was a high level of international industry interest in the project, with over 90 expressions of interest being received. “In order to achieve delivery in time for the summer of 2017/2018, the project team was required to work within a compressed timeframe to develop and execute tailored project documentation for a first battery project of this scale in Australia to be connected to the National Grid.”
The third project involved the procurement of 276 MW capacity of emergency generation equipment to supplement generation capacity in times of peak demand or supply constraints to avoid load shedding in SA.
Partners Paul Turner (Projects) and Martin Kudnig (Energy & Resources) led the JWS team for this project. They were assisted by Craig Wappett, Andrew Wilton and Special Counsel Deborah Overstead, and other members of the JWS lawyers.

This procurement involved the acquisition of generation capacity from mobile modular aero-derivative generation units to be located at Lonsdale and the former Holden site. The government also acquired an option to acquire the equipment so that it could be relocated to a permanent site to provide the longer term generation facility announced in the Energy Plan.